Save any hifi search on your hifishark.com profile to easily repeat it and even have an optional mail when new listings are found

It has been decades since B&O stopped developing and manufacturing record players and apparently destroyed all tooling. Nevertheless, today the market for B&O turntables seems in better shape than ever. Actually on Hifishark we see more than 200 daily searches where the term “beogram” is included. Naturally our attention is raised when we see an announcement from Bang & Olufsen about remaking the BeoGram 4000 series.

The original announcement left plenty for speculation. Are B&O going to produce a new turntable? Will it be a remake of the BeoGram 4000 or something completely different? Are they going the Technics way and tell us they rebuilt all tooling from the ground up to deliver a modern “4000”?

Luckily B&O left an open invitation on Facebook for the “3 Days of Design” event taking place from September 3-5 2020 in Copenhagen, Denmark. We went there to learn a bit more about their plans.

B&O were present with at least 5 people and a range of their iconic products mainly from the past. 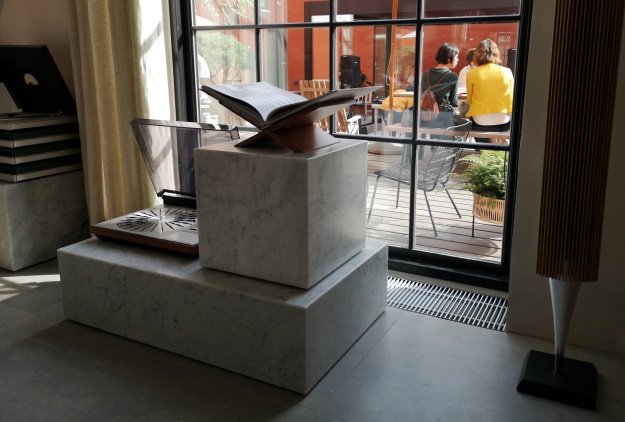 Enough background - Are B&O announcing a new turntable? No - this pilot-project is something different. They are buying up a number of BeoGram 4000 series turntables from the used market and re-making them to be even more relevant in today’s context. Sadly the B&O employees could not be very specific about what exactly they will do, how many will be available or what the price point will be. But they did hint more than a few things.

First of all technicians will take it apart in the factory in Struer and make sure the basic functionality is perfect.

Then “new design elements will be added to enhance the experience while still respecting the original design philosophy.” B&O developed many new technologies over the years and are looking to bring relevant parts of this into the re-made 4000 series.

Then technology will receive an upgrade. How extensive that upgrade will be is still unknown to us. Regarding connectivity the message was that it only made sense to allow B&O customers to connect the re-made BeoGram to their current B&O equipment. In our opinion that definitely means adding connections beyond a line-out. If this is common digital connections and/or B&O specific PowerLink or BeoLink is yet unknown to the public. 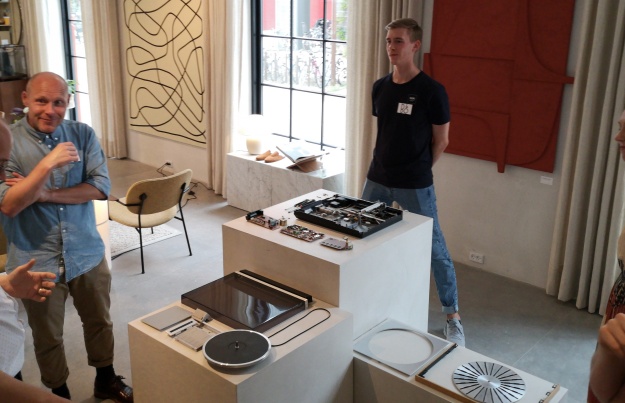 During a “workshop” B&O employees were disassembling a BeoGram 4002 while telling about the concept. The disassembly was remarkably easy. A screw driver was only needed a few times and the rest of the parts were easily pulled apart. 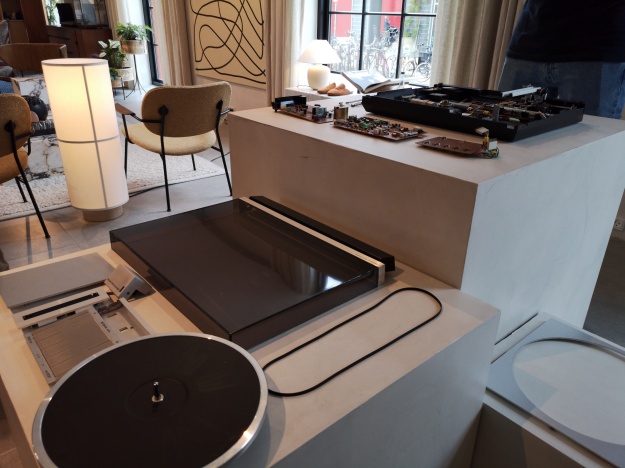 With the “BeoCreate” project we have previously seen the BeoVox CX 50 and CX 100 speakers up-cycled as active speakers. Maybe we will see B&O add and upgrade existing functionality in a similar way. Although in this case not as a DIY project.

One question we really wanted to ask was what to expect with regards to the Pick Up Cartridge. B&O made their own cartridges specifically for their turntables and here we are not talking standard ½ inch or T4P mount. The only option after B&O stopped selling cartridges was aftermarket versions from the likes of for example SoundSmith. It does not seem realistic to start manufacturing cartridges again for a limited series. The answer we got, freely translated, is that the cartridge would be made in collaboration with partners but according to B&O specs to keep everything as original as possible.

This will be a limited series. We did not hear any specific numbers. But most likely a very limited series. The message regarding pricing was that the price will reflect that it is a limited series. A limiting factor could very well be how many decks they can actually source. We hope they already bought the number they need because, if not, it probably will not be easier after the news broke. Most likely for the same reasons there were no mentions of other classic models that would potentially be re-made next. 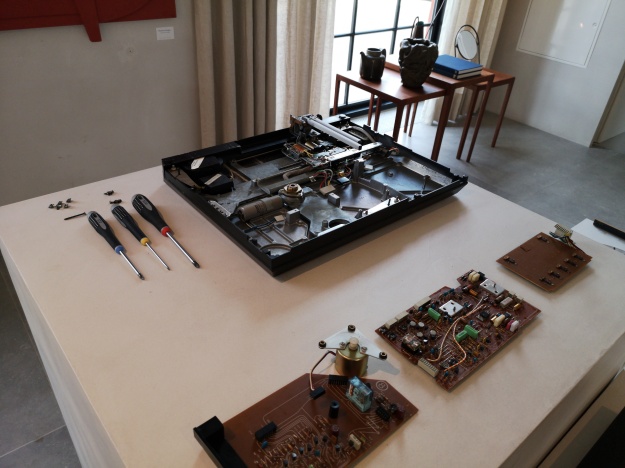 The Beogram 4002 was a fully automated turntable with a tangential arm. Actually a double arm, one with the cartridge and one with an optical sensor to locate the beginning of the record. It is also elegantly constructed with simple and very durable mechanisms that seem to still work well. This way this almost 50 year old design is a perfect candidate to bring into 2020. It could potentially be remotely controlled from one of those really nice B&O remotes or the Beo App. One of the added design elements we would find really interesting is if they were able to add their cool controls to the wooden frame. On recent products B&O made touchable wood as buttons. How cool would that be? Just an engraving in the wooden frame and when you touch, the music starts playing. This is only our own dreaming, but these buttons are already found on for example the Beosound Stage soundbar in wood trim.

For sure it will be interesting to see where this lands. We are very excited to follow this - and the used market for BeoGram 4000-4004 as well! Fell free to let us know what you think in the comments below

By his047, 9. September 2020, 12:09.
I'd certainly be willing to donate my two non-functional Beogram 4002/6000 to this. Free of charge and everything. It is just good to see the brand re-engage with the turntable market and even rich people deserve good design.
By kim, 9. September 2020, 13:09.
I asked if you could "bring your device" and have the re-make done to it. It did not sound like it was possible. I think they sourced the donor turntables already. I also have the feeling the cost of the turntable is a fraction of what the cost will be in the end. But his047 hold on to your BeoGrams, they are nice. And if they need refurbishment there are some were skilled people out there that can do it for. I would love to own a beogram myself and hope one day I will.
By konghans, 10. September 2020, 11:09.
That is too bad - I had exactly the same thought..